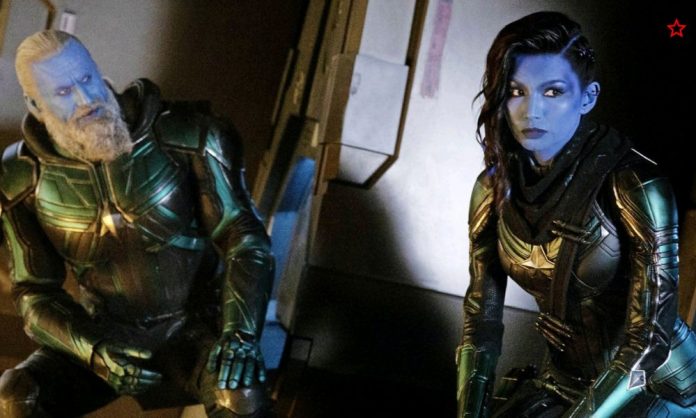 A new Disney toy may have just revealed that Genis-Vell will play a role in the upcoming Captain Marvel film.

The image of a Marvel Legends figurine was posted by CollectAndChill on Twitter and appears on the official Shop Disney website. “Born of a Titanian Eternal,” the description reads, “Genis-Vell possesses indomitable strength and uses powerful Nega-Bands to channel incredible energy blasts! Recreate Genis-Vell’s Captain Marvel scenes with this 6” action figure from the Marvel Legends Series.”

In the comic books, Genis-Vell was a popular hero in his own right during the 1990s. Created by Ron Marz and Joe Phillips, Genis-Vell first appeared in 1993’s Silver Surfer Annual #6. The character is the son of the original Captain Marvel, though he was raised to think he was the son of Thanos’ brother Starfox. He eventually went on to take up the mantle of Captain Marvel himself.

Even though Captain Marvel will hit theaters in little more than a month, there continues to be a great deal of speculation over the characters included in the film. The names of certain characters, particularly Jude Law’s character, have yet to be officially confirmed, keeping fans guessing about their identities and motives. It remains unclear if Law will be playing the Kree hero, Mar-Vell, or Mar-Vell’s nemesis, Yon-Rogg, though some are suggesting that Law could somehow be playing both characters.

It’s unclear at this time who might be playing Genis-Vell in the film, and there’s still a fair chance that he might not appear in the movie. The description for the toy notes that it’s modeled after the version from the comics, but it pairs together with different Marvel Legends figures from the movie to form a Kree Sentry. There’s also the matter of the phrasing of “recreate Genis-Vell’s Captain Marvel scenes,” which would seem to imply that it comes from the movie.

This toy is also particularly interesting in light of the upcoming Eternals film, which will reportedly feature Starfox. This might mean that Captain Marvel has a deeper connection to that film than previously thought. However, this addition might tie into the mystery surrounding Law’s character.