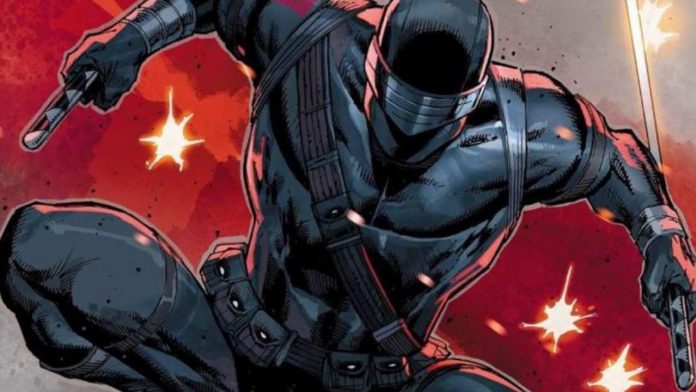 Rob Liefeld, the veteran comic book creator known for characters such as Deadpool and Cable, will tackle the G.I. Joe comic Snake Eyes: Deadgame for IDW and Hasbro.

“Two words: ‘bucket list,'” Liefeld said of his involvement in the series. “One more word: ‘icon.’ Snake Eyes is Wolverine, Deadpool and Spider-Man rolled into one amazing character for an entire generation of fans that thrilled to his adventures in comics and cartoons and hung on his every toy release!”

“My parents drove me all over the county to get me G.I. Joe action figures as a kid,” Liefeld shared. “These were my first and most favorite toys. Working with Hasbro and all my friends at IDW has been a blast so far. I can’t wait to get this work out into the public! If you enjoyed my recent Marvel work, this will match or exceed it!”

Snake Eyes, the silent ninja commando known for dressing in all black and never speaking, first debuted in the 1980s as part of Hasbro and Marvel Comics’ relaunch of the G.I. Joe toy line, which was dubbed G.I. Joe: A Real American Hero.

“The high-octane, adrenaline-fueled action and adventure Rob brings to every comic his creates is a perfect fit for Snake Eyes, and we’re all as excited as you are to see him really cut loose on the pages of this very special G.I. Joe series,” said IDW president Chris Ryall.

Snake Eyes: Deadgame launches in early 2020 from IDW Publishing. A specific release date has yet to be announced.