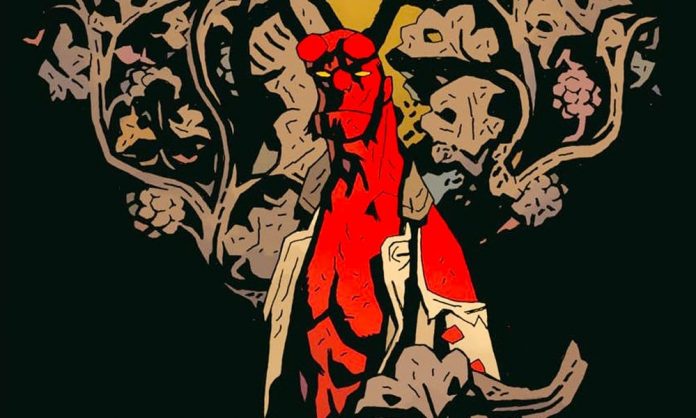 Looks like it’s going to be quite the year for Hellboy fans. Not only is a brand-new Hellboy film entering theaters this Spring, but Dark Horse Comics also plans to celebrate the 25th anniversary of Mike Mignola’s signature creation with a deluxe collection of artwork with Hellboy: 25 Years of Covers.

Not only that — Dark Horse announced earlier today that come July, they’ll be releasing a compendium full of covers throughout the entire duration of Hellboy’s existence, all the way from Hellboy: Seed of Destruction #1 (1994) to B.P.R.D.: The Devil You Know #15 (April 2019), including upcoming (and “unannounced”) titles and covers that have yet to be released to the public.

In a press release, Dark Horse revealed the compendium will have a cover price of $34.99. All in all, the 8″ x 12″ hardcover compendium will include over 150 covers from the Hellboy mythos.

Hellboy: 25 Years of Covers will be released July 3, months after the April 12 release of Neil Marshall’s Hellboy, which returns the comic book hero to the big screen for the first time since 2008’s Hellboy II: The Golden Army. David Harbour takes the lead role in Marshall’s movie, with Mignola co-writing the script with Andrew Cosby, Christopher Golden and Aron Coleite.