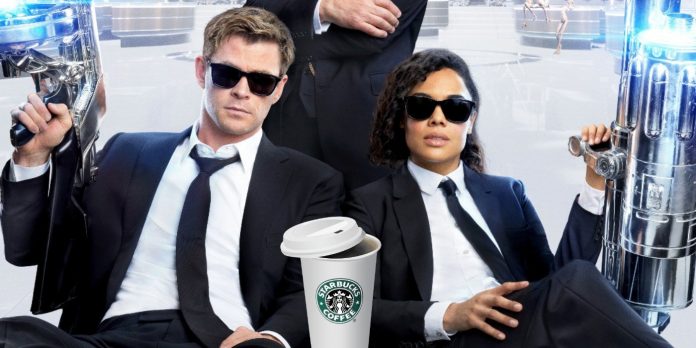 A new teaser for Men in Black International throws shade at Game of Thrones for their infamous coffee cup mistake.

Uploaded to the Men in Black Twitter, the teaser opens with Agent H (Chris Hemsworth) confronting an alien and getting ready to open fire. Then, the camera closes in a coffee cup in the background. “GoT a mistake you want to forget?” the text asks, referencing the much-used abbreviation for the show’s title.

The next scene features text that informs fans that the MIB agents can help. Following this, H and Agent M (Tessa Thompson) appear, and H uses a neuralyzer to erase everyone’s memories of the scene. The teaser ends with the two agents telling fans they saw nothing, just as the film’s title logo appears.

The latest chapter in the 22-year-old action-comedy franchise expands the scale, with new recruit Agent M partnered with Chris Hemsworth’s Agent H. These top operative in the Men in Black’s U.K. branch uncover a mole in the organization. That’s easier said than done because the enemy is the Hive. The Hive can take the form of anyone — including MiB agents.