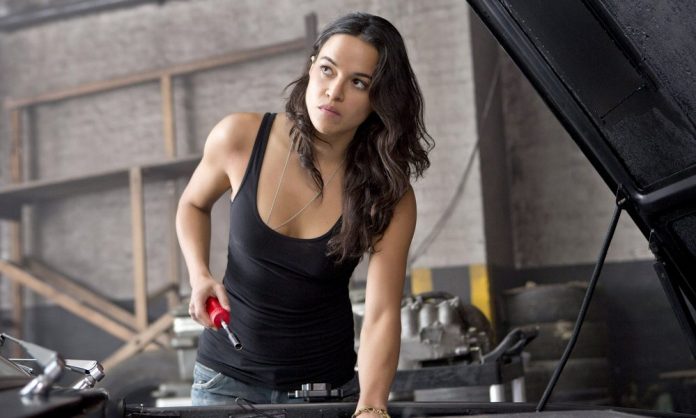 Michelle Rodriguez is returning for Fast & Furious 9 after getting a female writer added to the production.

Bloomberg is reporting that Rodriguez agreed to return for Fast & Furious 9, but only after getting a female writer hired to work on the film. Speaking at the Bloomberg Future of Equality Summit in London, she explained that she felt “there was not enough of a female voice” on the Fast & Furious franchise, and made a real – and, ultimately, successful – push to change that. She went on to emphasize the property’s need to “evolve with the times” and not continue to “pander to certain demographics that are stuck [in the past]”.

She’s absolutely right. The Fast & Furious franchise doesn’t appeal solely to men, and one of the hallmarks of the series has been its willingness to change.

Rodriguez made her debut as street racer Letty Ortiz in the original Fast and the Furious, and has been a key part of the movie series ever since.

Fast & Furious 9 doesn’t have a release date, but production is expected to begin this year.