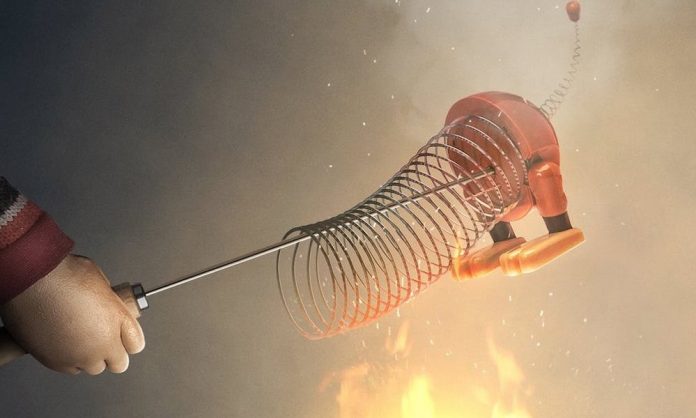 After Disney released a new trailer for Toy Story 4, a new Child’s Play poster popped up online featuring Chucky roasting the character Slinky over a fire.

The horror movie’s Twitter account released an image of Chucky — or the killer puppet’s arm — flaying the back half of Toy Story’s dachshund, Slink. The caption reads, “On June 21, find out what’s really cooking” — clearly indicating Child’s Play is going to be heating the rivalry up and stroking the flames as both approach their release date of June 21.

This isn’t the first stab Child’s Play has taken at the family-friendly franchise as it recently had Chucky ‘killing’ Woody.

Lastly, Child’s Play will be released in theaters on June 21th.