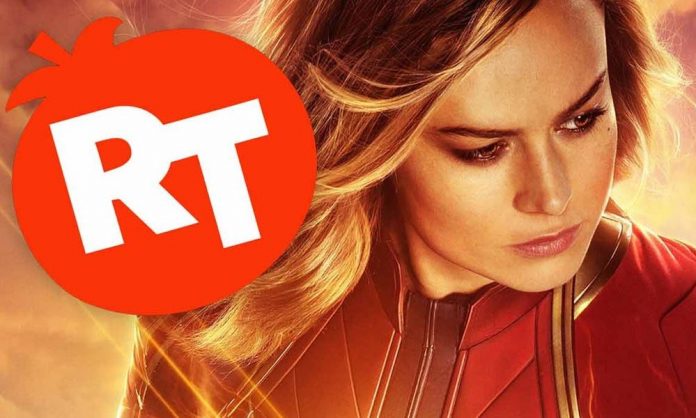 Rotten Tomatoes has gone a step further in battling online trolls by adding verified user audience scores to its site.

Rotten Tomatoes has added a separate audience score for verified moviegoers. That is, moviegoers that can confirm they purchased a ticket will fall under “Verified Ratings and Reviews.” Additionally, verified moviegoers will receive a badge, in much the same way Twitter uses a checkmark to verify celebrities and other high profile users. Verified Ratings and Reviews will not be added retroactively.

All Rotten Tomatoes users will be able to leave reviews regardless of whether or not they can prove they saw a film, but only Verified Ratings and Reviews will show on the film’s landing page. General ratings will fall under the “All Audience” tab, which must be clicked in order to be displayed.

Before its release, female-led superhero movie Captain Marvel was bombarded with negative reviews. Online trolls slammed the film’s page with hateful comments about both the film and its star, Brie Larson, who has been vocal about feminism and diversity in Hollywood. Rotten Tomatoes responded to the review bombing by removing the “Want To See” option and percentage for each film until its release date, admitting that it believed this percentage was often confused with the actual Audience Score percentage. The site also removed comments from each movie’s page until its release date.

Many moviegoers would argue, though, that there is still a huge disconnect between moviegoers and critics, but Rotten Tomatoes is doing what it can to lessen that gap. Discouraging online trolls is just another step in keeping Rotten Tomatoes relevant to today’s audiences.