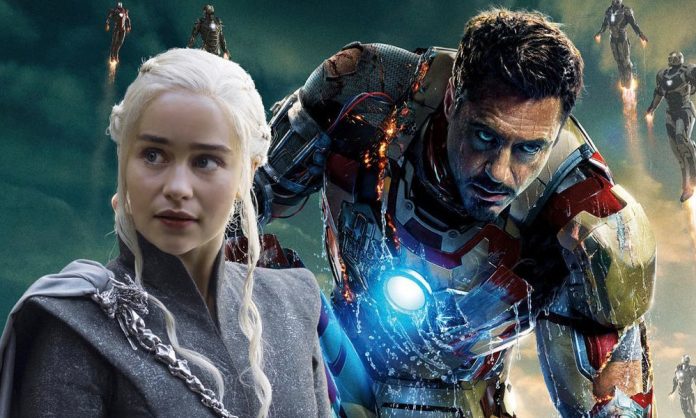 The writer behind Iron Man 3 reveals that Game of Thrones star Emilia Clarke originally had a role in the film before the script changed.

Drew Pearce, the film’s writer, posted an image on Instagram from the table read for Iron Man 3. The writer’s post revealed Clarke was present at the reading, though she didn’t end up in the film due to script changes. Pearce’s post doesn’t make clear who Clarke was playing.

Iron Man 3 underwent some fairly substantial changes when the film finally made it to theaters. Famously, Maya Hansen was supposed to be the secret villain of the movie, but this detail was changed due to concerns over toy sales.

Whatever the role might have been, Clarke nearly joining the MCU back in 2012 could’ve led to an enormous change for both parties. Iron Man 3 would have been Clarke’s first major blockbuster, releasing toward the middle of Game of Thrones’ third season.

Clarke has not yet appeared in the Marvel Cinematic Universe.

‘Men In Black International’: Teaser Throws Shade at GOT