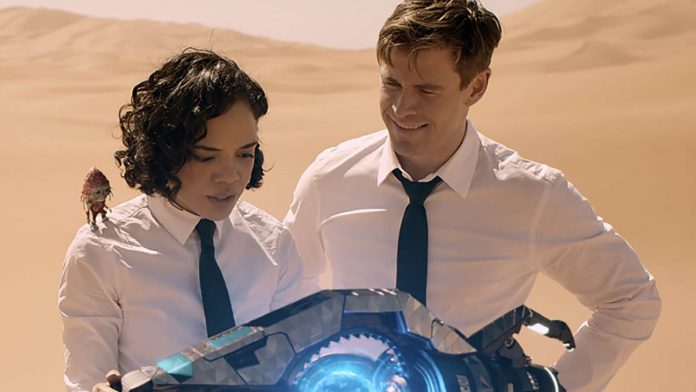 The about-to-be-released Men in Black: International receives the lowest Rotten Tomatoes score of any movie in the over 20-year-old franchise.

Sony’s revival of its fan-favorite sci-fi franchise debuted with a critics score of 32% on Rotten Tomatoes based off of 25 professional reviews, then slipped down to 28% before hitting a current score of 35%, as of this writing.

Men in Black: International‘s 30 percent RT rating is a far cry from the original Men in Black, which carries a very strong 92 percent. The second movie in the series, Men in Black II, was a disappointment according to critics with a 39 percent rating (which is still better than the new film). Men in Black 3 was seen as something of a comeback movie for the franchise, with a Rotten Tomatoes score of 68 percent.