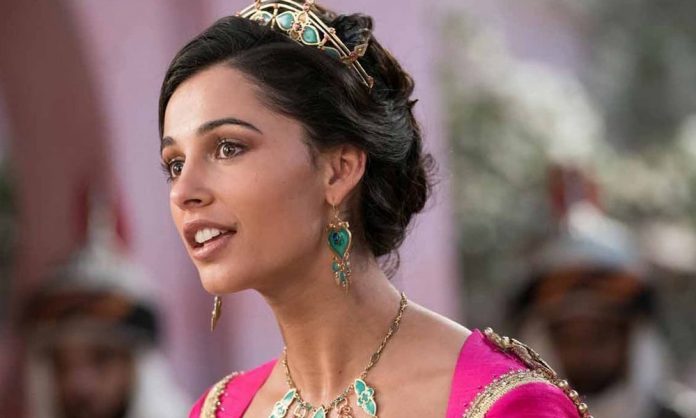 A snippet of Princess Jasmine’s (Naomi Scott) “Speechless,” newly created for Disney’s live-action Aladdin re-imagining, has reportedly surfaced in the form of a singing musical doll from JAKKS Pacific. It was uploaded to Instagram, but you will need to turn up the volume on your computer to hear it.

The song is titled “Speechless” and is one of the two new songs that appear in the movie. According to Scott in a USA Today interview, the song is about Jasmine “finding her voice” and discovering the courage to speak for her people.

“I mean, how timely is that? [Jasmine’s] not perfect. She doesn’t get it right all the time. It’s just showcasing that she gets to a point where, ’It’s not going to be easy and I may lose this fight, but I need to step up,’” Scott said. “Of course I’m incredibly connected to it, but I really do feel like it’s going to touch upon some things and hopefully speak to young girls out there. That’s my aim, always.”