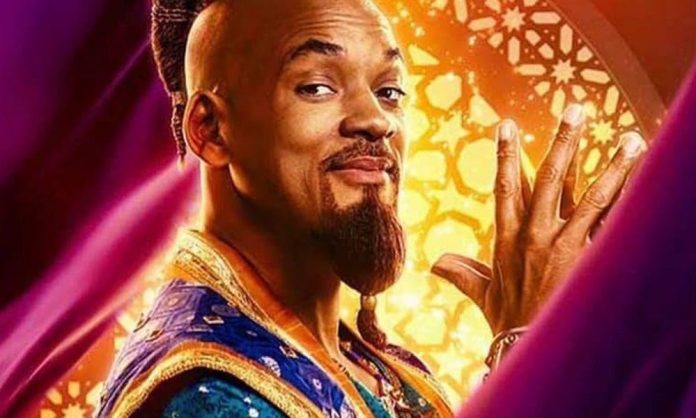 Disney is moving forward with Aladdin 2, a sequel to last year’s live-action remake and has hired a pair of writers to pen a script that is an original story and not based on any of the animated sequels. Remaking their animated classics has become one of Disney’s latest avenues for success with Aladdin‘s $1 billion worldwide gross the latest success story. The film was directed by Guy Ritchie and starred Mena Massoud as Aladdin, Naomi Scott as Jasmine, and Will Smith as Genie.

After the incredible success that was Aladdin, many have been waiting for Disney to announce that a sequel is in the works. Producer Dan Lin said last summer that it was something that the studio was considering but it had yet to be confirmed that another installment would come. While some could think making a sequel would be easy as the animated Aladdin received two direct-to-home-video sequels, the live-action version gave the three main characters new endings. As a result, Disney would need to come up with an original story to make Aladdin a franchise – and it appears that is what they have now done.

According to a new report from Variety, Disney has hired John Gatins (Flight) and Andrea Berloff (Straight Outta Compton) to write the script for Aladdin 2. After six months of discussions on where a sequel could go, the duo pitched an original story that producers liked and wanted to move forward with. The sequel will be a theatrical release and there is hope that Massoud, Scott, and Smith will all return, although none of them have deals for another film and producers don’t plan to discuss it with them until this new script is complete. Per THR, Guy Ritchie will return to direct.

This flurry of updates on the state of Aladdin 2 is encouraging news for those wanting a return adventure to Agrabah. But, it should also be a positive sign to those who have grown tired of Disney’s live-action remakes that Aladdin‘s sequel will tell a new story. The animated sequels followed stories of Jafar returning and Aladdin discovering that his father was still alive.

As long as the script from Gatins and Berloff comes together as Disney hopes, it sounds like Aladdin 2 is in prime position to move forward quickly. While Smith could be busy filming Bad Boys 4 before too long, the studio should still be able to find a way to get him, Massoud, and Scott back together. Meanwhile, Ritchie’s return as the director could be considered somewhat of a surprise after the mixed reviews Aladdin received, but he’s now fresh off positive praise to his latest film The Gentlemen. But, with Aladdin exceeding everyone’s expectations at the box office, Aladdin 2 could be a rare example of Disney’s live-action remakes generating a sequel.

Joker 2 Isn’t Happening Quite Yet According To Todd Phillips