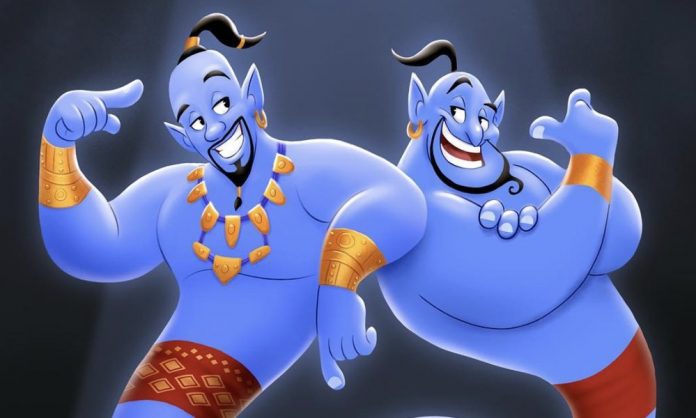 The image unites Williams’ Genie with an animated version of Smith’s Genie. In the caption, Smith said Williams left some “big shoes to fill” and joked that he knows Genie’s have no feet. He also credited Luigi Lucarelli, who created the image, with an addendum: “Love the art work!”

Directed by Guy Ritchie, Disney’s live-action Aladdin stars Mena Massoud as the title character, a street urchin who unleashes Smith’s genie from a magic lamp. Naomi Scott plays Jasmine, the princess whose heart Aladdin wishes to win, while Marwan Kenzari plays the villainous Jafar. In late casting news, it was just revealed that Alan Tudyk has also joined the film as the voice of Jafar’s bird sidekick Iago.