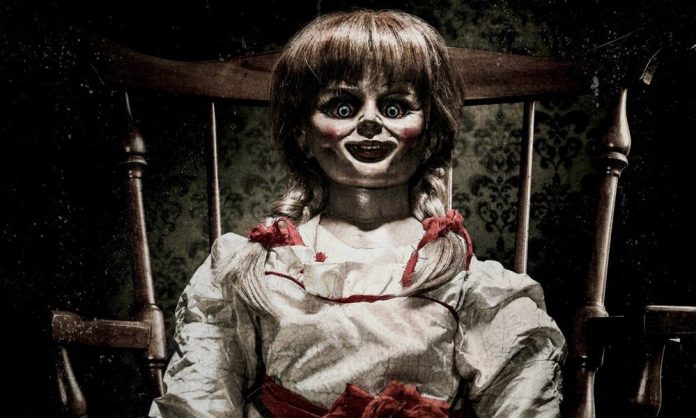 Annabelle 3 – the third entry in Warner Bros’ Conjuring spinoff series centered on the haunted doll – has officially been titled Annabelle Comes Home. New Line Cinema just released the first teaser for the third film in the prequel franchise. You can watch the teaser in the video player below!

The latest film in the franchise is rumored to feature Ed and Lorraine Warren from the main franchise of Conjuring films, with Patrick Wilson and Vera Farmiga set to reprise their roles. The teaser confirms the movie is set to premiere in theaters later this year.

A third Annabelle film was first confirmed as in the works last summer, although its arrival was never really in doubt, since the first two movies made over $500 million combined.

Gary Dauberman, who wrote previous spinoffs including Annabelle, Annabelle: Creation, and The Nun, is directing this new film while James Wan returns to produce the franchise he helped create. Dauberman is also known for writing the new It films, based on Stephen King’s novel.