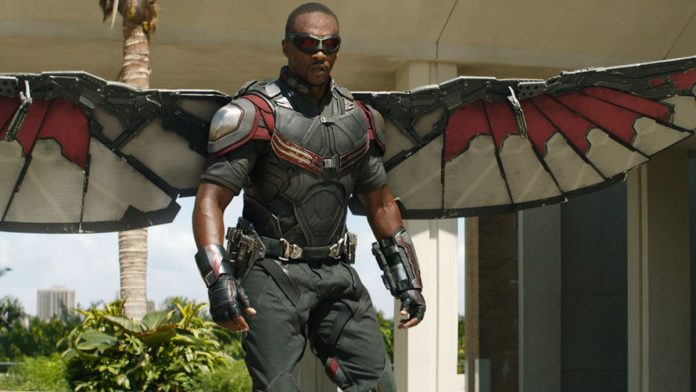 Anthony Mackie originally signed up to a 10-picture deal with Marvel Studios.

In an interview with Men’s Health, Anthony Mackie revealed that he initially signed up for 10 Marvel movies. At this stage, he’s already gotten through six – Captain America: The Winter Soldier, Avengers: Age of Ultron, Ant-Man, Captain America: Civil War, Avengers: Infinity War, and Avengers: Endgame. Mackie noted that he’s unsure how the contract is affected by the upcoming Falcon and Winter Soldier Disney+ TV series, which admitted may complicate the issue.

It was recently revealed that, for a time, Marvel considered having Sam Wilson’s Captain America appear in Spider-Man: Far From Home, but that never actually came to pass. As it stands, outside of Falcon and Winter Soldier, we don’t yet know when we will next see Sam Wilson on the big screen, and the actor himself isn’t exactly certain, either. “I just wait for the phone call,” he tells Men’s Health. Of course, since, plenty of Marvel stars like Chris Evans, Samuel L. Jackson and Robert Downey, Jr. all extended their respective contracts, the case may end up being the same with Mackie.

For the time being, Marvel Studios’ plans for Phase 4 are kept under wraps, but Kevin Feige has promised that the details should be revealed soon after the release of Spider-Man: Far From Home.

Avengers: Endgame is in theaters now, with a new cut featuring a new introduction by Anthony Russo, an unfinished deleted scene and a special tribute to the late Stan Lee.

Avengers: Endgame Coming to Digital and Blu-ray This July