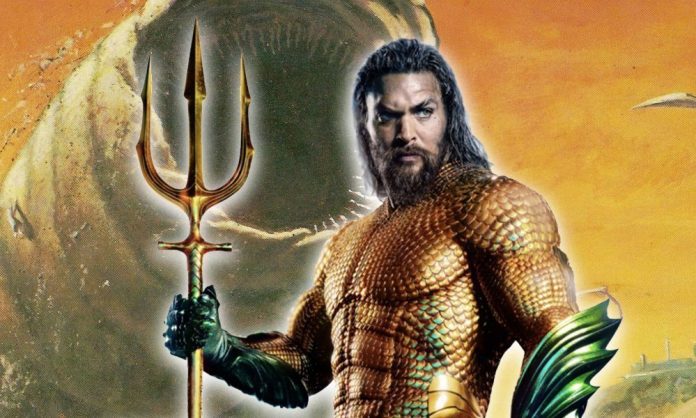 Aquaman himself, Jason Momoa, is joining the already stacked cast of the Denis Villeneuve directed Dune reboot. The new big screen adaptation of Frank Herbert’s sci-fi novel is currently the THE movie in Hollywood and has the A-list ensemble to prove it. At the moment, the movie’s acting roster includes Timotheé Chalamet, Rebecca Ferguson, Dave Bautista, Oscar Isaac, Javier Bardem, Josh Brolin, Charlotte Rampling, and Stellan Skarsgård, with Zendaya also heavily rumored for a key role. Best part is, there are still many characters left for Villeneuve to cast before he begins filming this spring.

Momoa is reportedly in talks to play Duncan Idaho, a swordmaster from house Atreides, who is considered the right-hand man of Paul’s father.

The project won’t mark the first time that Dune has received a live-action adaptation. David Lynch directed a Dune film that was released in 1984. It was met with polarizing reviews but has since gained cult status. The 2000 Dune mini-series, meanwhile, remains one of the highest-rated programs on the Sci-Fi channel.

No release date for the Dune reboot has been announced, but Villeneuve has confirmed that it will be his next project after Blade Runner 2049.