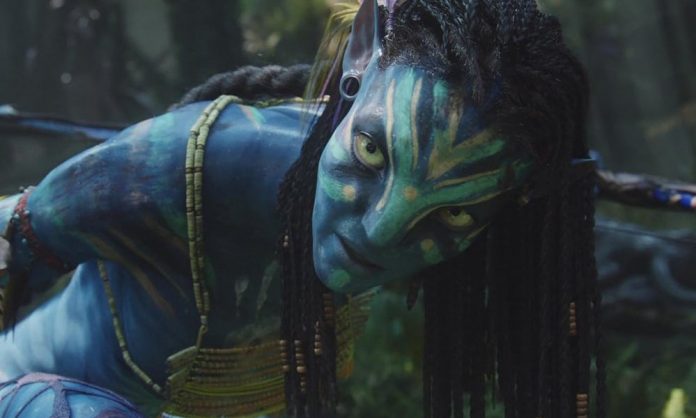 While the sequel to 2009’s Avatar is expected next year, details on the follow-up and its planned third installment are still being kept under wraps though filmmaker James Cameron has shed some light on the films.

Cameron has been out promoting his latest producorial effort, Alita: Battle Angel, which hit theaters over the weekend and, to the surprise of many analysts, managed to come out on top at the box office. During a recent interview, the filmmaker was asked about Avatar 2 and he dove into a specific scene in the upcoming sequel that will center on Jake and Neytiri having an intense fight, seen from the perspective of one of their young children. Here’s what Cameron had to say about it.

“There’s a three-page argument scene between Jake and Neytiri, a marital dispute, very, very critical to the storyline. Wound up shooting it all from the point of view of the eight year old hiding under the structure and peeking in […] Having gone through the experience with [Sam Worthington] on Avatar, I now knew how to write the Jake character going forward across the emotional rollercoaster of the next four movies. It’s been tough on him. He’s done two pictures back to back now, because we did 2 and 3 together. He had to go to some dark places.”

With the Avatar series already planned through five films, it’s anyone’s guess what Cameron means by the “emotional rollercoaster” and “dark places” Worthington’s Jake Sully will be put through in the second or third films. At this point, the stakes are high enough that he could end up losing his wife, daughter, and the entire Na’vi people (through death or separation, etc.), leaving Jake Sully thoroughly battered both physically (through war) and emotionally (through loss). We know Stephen Lang’s Miles Quaritch will somehow return in the sequel(s), and it’s not hard to imagine him bringing a vicious grudge against Jakes, who took down Quaritch’s military “family” in the first film.

It gets even darker: after the darkness of Jake’s “Quaritch Trilogy” woes, it seems that Sopranos and Nurse Jackie star Edie Falco will step up as the new threat: General Ardmore.Avatar 2 is scheduled to premiere in theaters on December 18, 2020.