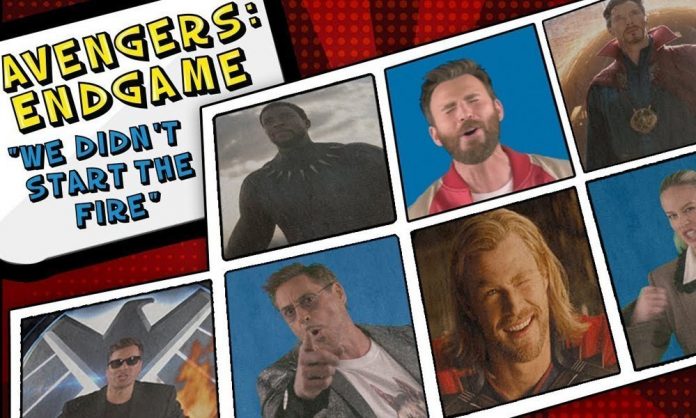 Leading up to the debut of Avengers: Endgame in theaters, the cast of the upcoming blockbuster stopped by The Tonight Show with Jimmy Fallon to sing their iteration of “We Didn’t Start The Fire” and it’s about as magnificent as you’d expect.

The cast of the highly anticipated superhero blockbuster, including Robert Downey Jr., Chris Hemsworth, Chris Evans, Brie Larson and Paul Rudd, performed the parody alongside Jimmy Fallon on The Tonight Show. True to its source material, the video is done in the style of a comic book, as the audience turns page by page through the journey of the MCU.

However, the panels blend images from the original comics, footage from the films and single shots of the cast singing along.

Most importantly the video finishes with a mosaic of the late Stan Lee.

(The Star Wars: The Clone Wars Season 7 Trailer is Here)