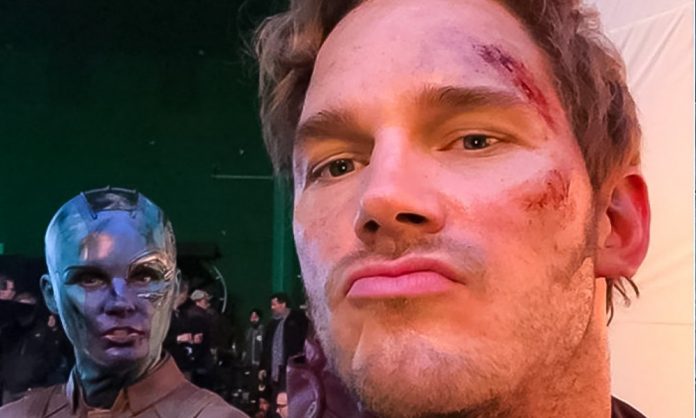 Star-Lord himself, Chris Pratt, has shared a behind-the-scenes video he took during what appears to be a rehearsal for the film’s climactic battle.

“I remember being blown away in this moment on the Avengers set,” Pratt wrote in the video’s caption. “Nobody was allowed to film anything on their phones. I said screw it. No rule was going to stop me from seizing this once in a lifetime opportunity to capture this collection of stars. A group that likely will never be in the same room again. We are so blessed.”

“This is a really illegal video,” Pratt confirms. Captain America himself Chris Evans shows up to tell the Guardians of the Galaxy actor he is in big trouble.

Avengers: Endgame is out in theaters. The movie’s many secrets are finally revealed.