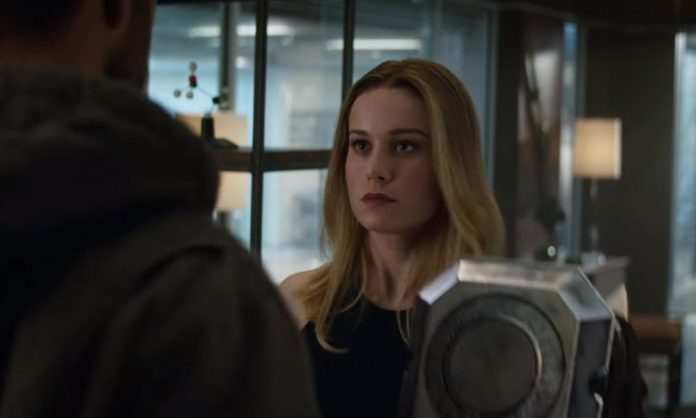 In Avengers: Endgame, Captain Marvel joins the surviving heroes of the MCU to confront Thanos for an eagerly anticipated rematch. However, many fans of the character observed that she is seen wearing considerably more makeup in Endgame than in Captain Marvel. The character’s transformation for “Endgame” sparked backlash from fans, with many blaming directors Joe and Anthony Russo for “sexing up” the superhero.

The filmmakers were recently asked about the decision by /Film during the “Endgame” press junket, but they said Captain Marvel’s look was not their decision.

“This was Brie’s first time playing the character ever,” Russo explained. “First day on set as the character ever. And those are the choices that she and her hair and makeup team made. I think as it approached the [Captain Marvel solo] film, she started to think more about the character, she made other creative choices. But everyone should be given the right to have the freedom to make whatever creative choices they want to make. And those are the ones that she made that day with us.”

While much of Endgame was filmed before Captain Marvel, co-writer Chris McFeely revealed that Captain Marvel filmmakers Anna Boden and Ryan Fleck were on set during Captain Marvel’s scenes and approved of her look in the upcoming MCU film.

Larson herself said during the “Endgame” press conference that because the movie was her first time playing Captain Marvel, she had to “stumble and figure out who the character was” before even she was certain. By the time production started rolling on the “Captain Marvel” solo movie, Larson had a better grasp on how the character should look and act.