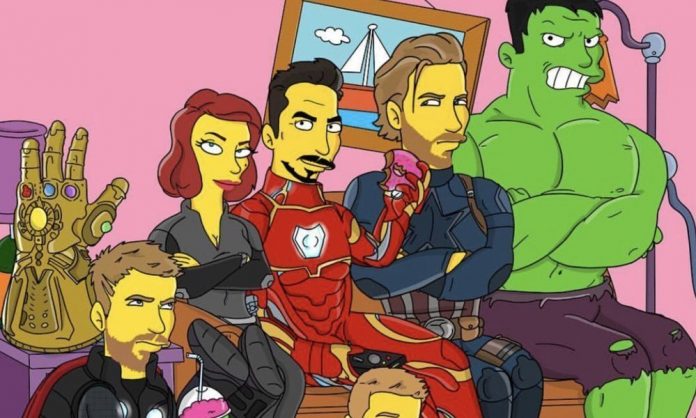 Joe and Anthony Russo took some time out from post-production on Avengers: Endgame to make sure the world got to see a The Simpsons-style tribute to the original six Avengers who saved the world during the Battle of New York.

The picture was created by artist Russo Rinaldo and looks pretty awesome, even including Thanos’ Infinity Gauntlet complete with (five) Infinity Stones – well, Simpsons characters all do only have three fingers and a thumb, after all.

The post came a day before the Russos confirmed that Avengers: Endgame had finally been finished, revealing that “picture is locked”.

In Endgame, the remaining Avengers — with the help of Ant-Man, Rocket, and Captain Marvel — will come together to try and reverse the impact of Thanos’s “Decimation” and stop the mad titan once and for all. The film will close out the first “generation” of Avengers films and set the stage for a new era of heroes headed up by Captain Marvel, Black Panther, Spider-Man, and others.Avengers: Endgame hits theaters on April 26th. Other upcoming Marvel Studios films include Captain Marvel (in theaters now) and Spider-Man: Far From Home on July 5th.