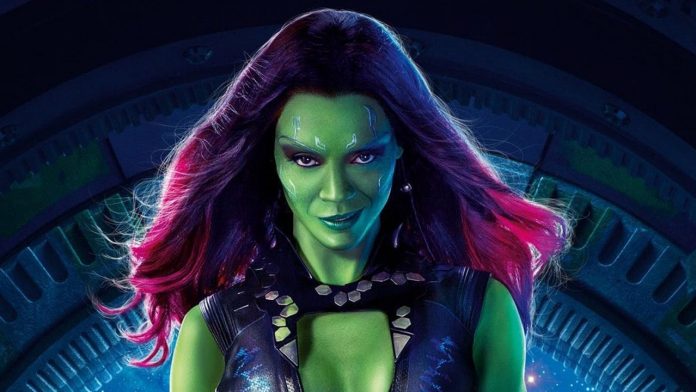 An extended scene from Avengers: Endgame answers a major fan question: what happened to Gamora after the climactic final battle against Thanos? The Endgame deleted scene shows 2014 Gamora (Zoe Saldana) alive after Iron Man’s snap, while all the other heroes honor the fallen Tony Stark (Robert Downey Jr.).

The extended scene, released by USA Today, takes place moments after Stark died in Pepper Potts’ arms. The camera pulls back to reveal the other heroes, who start to realize what has happened. After a moment, Hawkeye drops to his knee; Black Panther follows, then Captain Marvel. Soon, everyone kneels before him to pay their respects for his sacrifice.

Speaking to USA Today, Avengers: Endgame directors Anthony and Joe Russo explained why the scene was eventually cut: “It’s a beautiful scene with moving performances, but we filmed it prior to Tony Stark’s funeral. The funeral scene ultimately became a more resonant and emotional reflection on Tony’s death for us.”

Since the scene was cut from the film, it is unclear if this is considered canon. However, it suggests Gamora survived Tony’s snap, even though it decimated the rest of Thanos’ forces. It also implies Peter Quill will be seeking a pre-Guardians of the Galaxy Gamora in Vol. 3.

Avengers: Endgame is set for release on Digital HD on July 30 and Blu-ray and 4K UHD on Aug. 13.