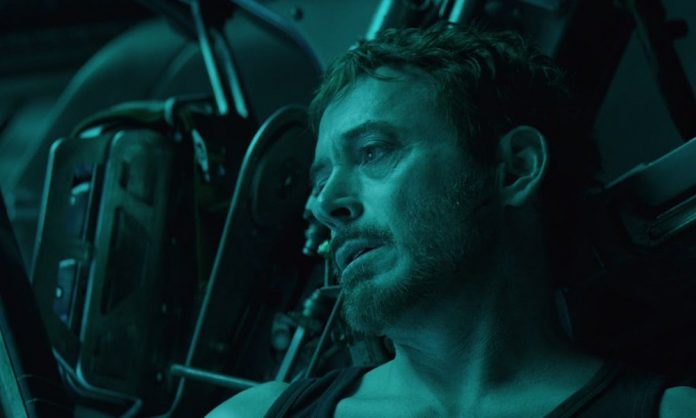 The toy also comes with a cannon-like weapon attached to Iron Man’s arm. The weapon may be the Marvel Cinematic Universe version of Iron Man’s proton cannon, a fan-favorite weapon from the Marvel vs. Capcom video games.

Something visibly resembling the Proton Cannon was seen in the background of the Avengers Compound in Avengers: Infinity War, and it was also visible in a set photo that the Russo brothers teased was somehow important to Avengers: Endgame. Fans initially assumed it would be used by War Machine, but another set photo suggested it would instead be wielded by Tony Stark. It’s interesting to note that the Titan figure shows Stark carrying the Proton Cannon on his left arm, which he has favored in recent movies after sustaining injuries to it.

Meanwhile, the Marvel Legends two-pack features Black Widow and Hawkeye, but with alternate heads meaning the figures can be transformed into Iron Man, Ant-Man, and Nebula as well. This seemingly confirms that the team uniforms will be used by all of those five Avengers, and also that – in an unusual move for Marvel – these outfits are almost identical, to the extent that Hasbro figures they can do alternate heads for the same bodies. Assuming the Quantum Realm theory is correct, this confirms that all of the main Avengers enter the Quantum Realm; previous merchandise and concept art had already confirmed that Thor, Rocket, and the Hulk get these outfits as well.