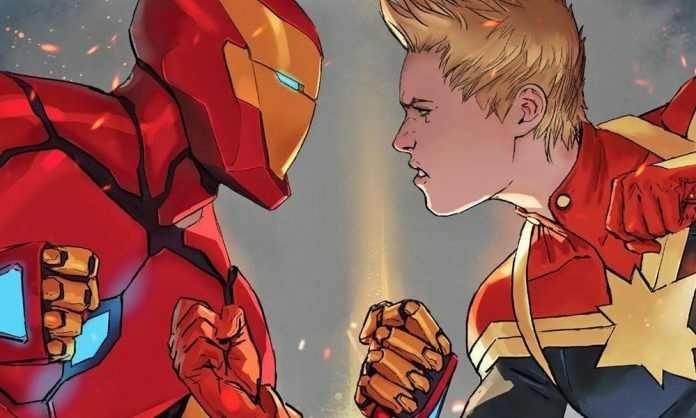 A user on Reddit posted the image and we can see Iron Man’s upgraded armor aka, the Mark 85, and most notably, the latest incarnation of Brie Larson’s Carol Danvers in the Marvel Cinematic Universe. She’s sporting her golden shoulder pads, as well as longer hair from the Captain Marvel mid-credits scene, clearly indicating she’s aged since she left Earth to find a haven for the Skrulls at the end of her solo outing.