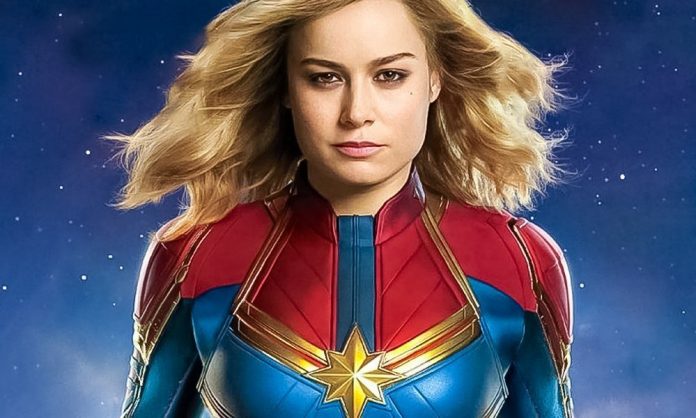 Captain Marvel is one of the most powerful Avengers in the Marvel Cinematic Universe, but is she really the MOST powerful of them all?

Brie Larson only just made her debut as Carol Danvers/Captain Marvel in March. Captain Marvel is Marvel Studios’ first female led movie. It has made over $1 billion worldwide. This was just the beginning, as she returned for Avengers: Endgame.

In two MCU appearances, Carol has already become one of the most powerful characters in the entire universe. In her solo movie alone, she was able to fly through spaceships with ease, after a Kree dampener was removed and allowed her to harness her full power set. Her powers come from a combination of exposure to the Tesseract and Kree DNA.

Through all of her early achievements, she’s been heralded as the MCU’s most powerful hero. EW spoke to Marvel Studios president Kevin Feige about Captain Marvel:

“She is more powerful than any character we’ve introduced thus far. So that alone tells you that there’s a reason Nick hit that button at the end [of Infinity War], when he realized that they were up against something far bigger than they had ever been up against before. And having her on your side is hopefully going to change the balance of power in a way that they desperately need.”

Captain Marvel’s role in Avengers: Endgame is smaller than many were anticipating. But her power is on full display almost every single time she is on screen. She rescues Iron Man and Nebula in space. Flying and carrying the Benatar back to Earth all by herself at the start. She is then able to restrain Thanos when they visit him at his garden. When she makes her grand return in the finale, she wastes no time taking down Thanos’ war ship. Then is strong enough to keep Thanos from closing his fist or snapping his fingers all on her own. She doesn’t even move when the Mad Titan head butts her. Regardless of whether or not she is the MOST powerful hero in the MCU, Captain Marvel certainly is one of them.