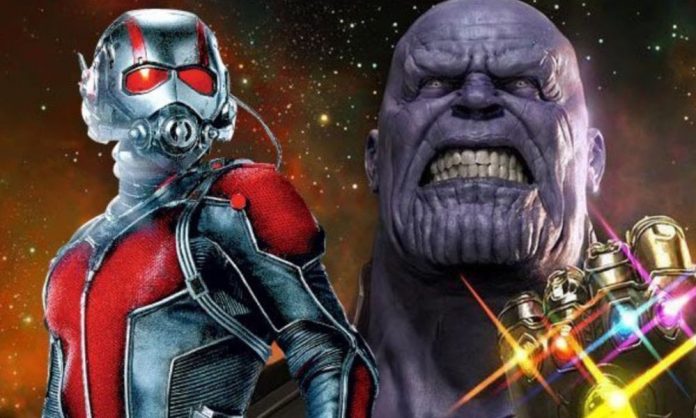 The fan theories surrounding Avengers: Endgame have gone to some pretty weird places building up to the film’s release. The latest Endgame theory taking the internet by storm involves Ant-Man defeating Thanos in the oddest way possible and is turned into a hilarious GIF.

According to this new thesis, Ant-Man can defeat Thanos by shrinking in size and entering the villain’s body via his anus. Known as the “Thanus Meme” the concept is now presented visually in the form of a GIF shared on Twitter by @HumanTrackboard. The short clip combines the scene of a shrunken Ant-Man during the mysterious battle sequence from the latest Endgame trailer with a clip of the Mad Titan acquiring the Time Stone from Doctor Strange in Titan from Avengers 3.

Josh Brolin, who will reprise his role as Thanos in the film, recently took to Instagram to tease the “tension” around what Endgame is going to bring. Attached to the post was a video of Brolin pantsless on a toilet, appearing to flex his posterior, alongside the hashtag “#FlushAnAntMan”.

Now that Ant-Man is confirmed to definitely be in Endgame, the “Thanus” theory has been interpreted in some pretty creative and bizarre ways. There’s even a petition that, at the time of this writing, has over 35,000 signatures. With all of that in mind, it both is and isn’t surprising that Brolin responded to the meme, much less in such a colorful way.

What do you think of Josh Brolin’s response to the Avengers: Endgame “Thanus” theory? Share your thoughts with us in the comments below!