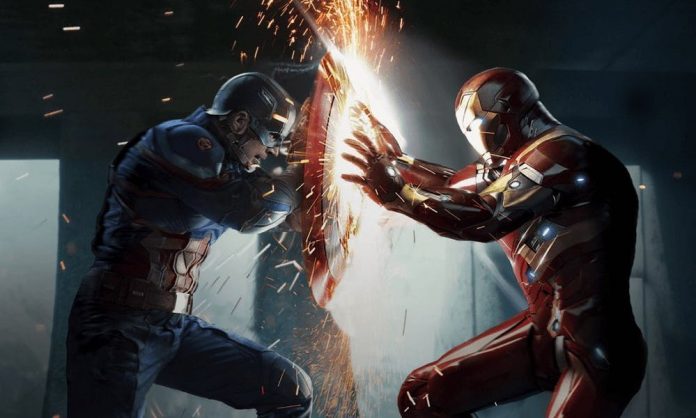 Robert Downey Jr. trolls about giving Captain America back his shield in time for Avengers: Endgame.

On Instagram, RDJ is seen standing in front of Captain America’s giant shield. “I’m thinking, I probably have to give that back to him one day. Not today,” RDJ quipped during the video. We all remember the heartbreaking scene between Tony Stark and Steve Rogers where Cap gives the shield back to Iron Man in Captain America: Civil War and this video is in reference to that!

Hailed as the most-anticipated blockbuster of the year by Fandango, Endgame will be the culmination of the MCU’s Infinity Saga – the 22-film arc that the franchise started more than a decade ago. Plot details are tightly under wraps but with the reunion of the core six Avengers also comes with the notion that this potentially could be their final outing as a team with some of them possibly biting the bullet. Considering that Stark and Cap are two of the universe’s trinity (the other one being Thor), many are looking forward to them burying the hatchet for one specific goal – defeat Thanos and avenge those who have fallen after The Decimation. Alongside their inevitable reunion is also the notion that Cap will finally reacquire his shield after going without it in Infinity War.

Fans know from the official footage released for Endgame that Cap will have his shield back. The second trailer showed him tightening the grips of the shield as he engages in an intense battle in what looks like a dystopian backdrop.