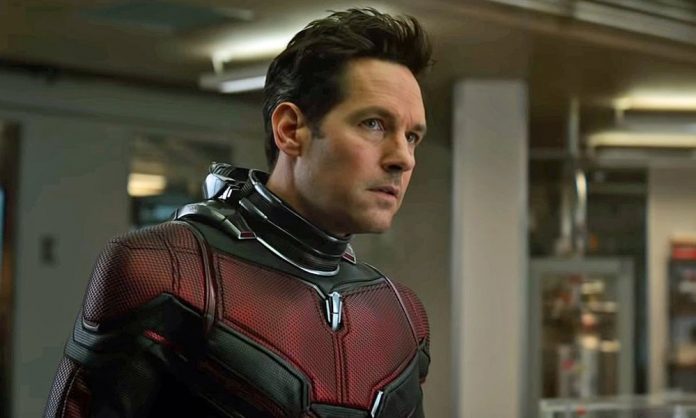 When Avengers: Endgame fans assemble in theaters, moviegoers will be faced with quite the challenge when it comes to controlling their bladders throughout the film’s massive 3-hour plus runtime. According to Paul Rudd there’s a simple solution for those who may have overindulged in movie theater fountain beverages during the show.

During Monday night’s episode of Jimmy Kimmel Live!, four of the Avengers: Endgame stars spent time with the host talking about the new film. Rudd appeared alongside Scarlett Johansson, Chris Hemsworth, and Robert Downey Jr., and they chatted with Kimmel about the movie’s insane length. The host suggested that perhaps there was a certain part of the film that offered fans a bit of a break, and specifically asked Rudd if there was a good time to head to the bathroom.

Paul Rudd responded in the most Paul Rudd way possible, and gave everyone a new idea as to how they could make it through the show.

“Oh boy,” Rudd begins. “Well, not having seen the film, I would say get one of those giant tubs of popcorn and then just like lower it under the seat in the middle of the movie, and then you don’t have to get up.”