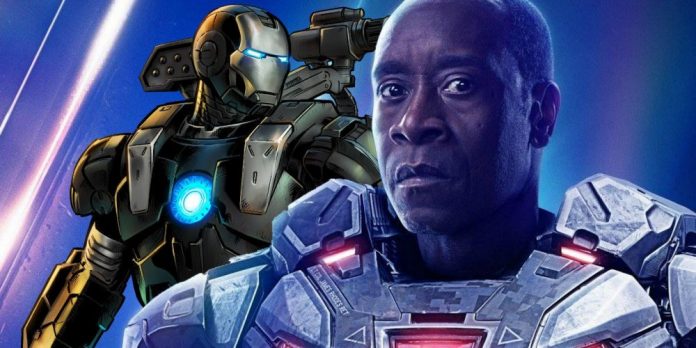 A couple of new Hasbro toy leaks may have spoiled how Ronin and War Machine will look in the upcoming Marvel blockbuster, Avengers: Endgame.

With the movie due out in less than three months, some of the best looks at Endgame characters have come in the form of consumer products licensing. In the case of Jeremy Renner’s Clint Barton, one recent toy leak has seemingly revealed the entire uniform for the archer.

As far James Rhodes aka War Machine, the armor’s design appears to be the same as the War Machine Mark IV armor from Avengers: Infinity War, though the color scheme is somewhat different. This may just be a variation created during Hasbro’s production process, or it may represent a cosmetic change to the armor that takes place between Infinity War and Endgame.

Leaked concept artwork did reveal an upgraded suit for War Machine in Endgame. The name of an Avengers: Endgame LEGO set has also led to speculation that War Machine’s “War Destroyer” will appear in the film.

We’ll have to take these with a grain of salt as directors, the Russo brothers, did say most toy leaks were inaccurate and didn’t necessarily mean these versions of the characters would appear in the final cut of the film.