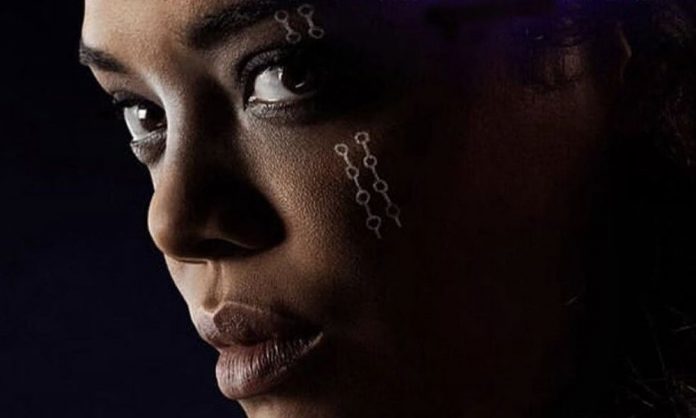 Although it’s been known for awhile that Tessa Thompson would reprise her role as Valkyrie in Avengers: Endgame, no footage for the film has shown the character until now.

However, some of the upcoming fight against Thanos also appears.

The Mad Titan has a threat for the Avengers: “After I kill you, I’m going to burn this annoying little planet to cinders.”

Above all, it was suspected that Valkyrie would return, especially when she was spotted with Ragnarok (and Men in Black: International) co-star Chris Hemsworth in September 2018, joining him when he flew to Atlanta for Avengers 4 reshoots.

(Marvel’s The Eternals Casts Train to Busan In Undisclosed Role)