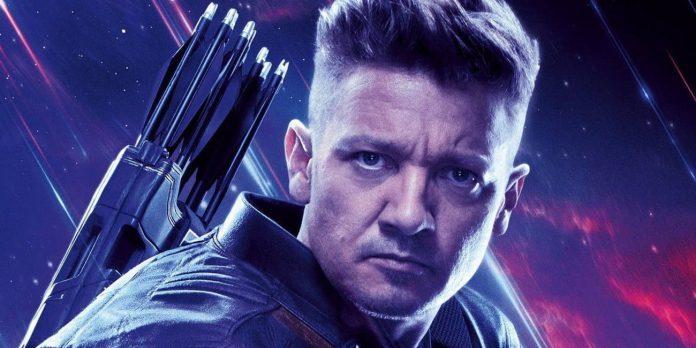 Even before Avengers: Infinity War hit theaters, it had been reported that Clint Barton (Jeremy Renner) would be switching from his traditional Hawkeye persona to the gritty Ronin mantle he picked up eventually in the comics.

Jeremy Renner’s Hawkeye was noticeably absent from 2018’s Avengers: Infinity War. This was particularly surprising to fans. Given that Clint Barton, aka Hawkeye, was one of the original team members in 2012’s The Avengers.

2015’s Avengers: Age of Ultron fleshed out Jeremy Renner’s Hawkeye in a very particular way, by expanding his family. The film revealed that Jeremy Renner had been protecting a family in secret. This leads us to his transformation into Ronin in Avengers: Endgame.

Avengers: Endgame gives fans what they want in the very first scene, Hawkeye with his family. The opening moments of Endgame show Hawkeye with his family, having lunch outside as he tests his daughter’s bow-and-arrow skills. It isn’t too far into this scene that we see Jeremy Renner witnessing the death of his family thanks to Thanos (Josh Brolin) using the Infinity Gauntlet in Avengers: Infinity War.

When Captain America (Chris Evans), Black  Widow (Scarlett Johansson) and the rest of the surviving heroes think they have a strong enough plan to take on Thanos, they seek out the help of Hawkeye, who has now become Ronin.

War Machine (Don Cheadle) informs the crew that Clint isn’t the Hawkeye that fans know and love. He’s gone down a much darker path of vengeance with his new Ronin role, it is similar to The Punisher. Clint Barton picks up the Ronin mantle and starts hunting down crime families across the globe for hire. It’s in this time he uses his accuracy skills to hone his hand-to-hand combat and sword skills, providing for plenty of bloody murders.

For fans expecting to see Jeremy Renner in the Ronin outfit often, you may be disappointed. The hood and mask that Ronin wears is mainly in that initial scene. It is gone throughout most of the film’s three-hour running time.

Avengers: Endgame is in theaters now!