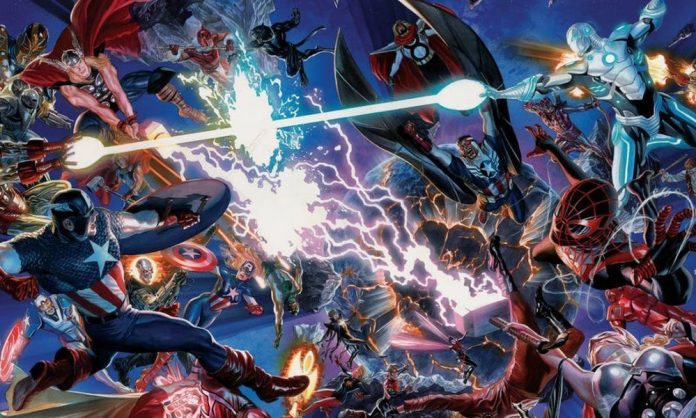 The writers behind Avengers: Endgame want to write a Secret Wars movie for the Russo Brothers to direct.

Writers Stephen McFeely and Christopher Markus spoke with ScreenRant on the topic of the Russo Brothers doing a Secret Wars film.

“I have to read ‘Secret Wars’ again. It’s literally ben ten thousand years. If Joe and Anthony do another Marvel movie and they don’t have us write it, I will be personally offended“. When elaborating on McFeely’s comment, Markus joked, “Yeah, there’ll be problems at home”.

The duo have been with the studio since 2011 and have written some of the biggest blockbusters the studio has put out in the 7 years since they joined up. And now, they want to take a crack at the Marvel Comics event, Secret Wars.

As for Secret Wars, the comic was a twelve issue series that ran from 1984 to 1985. Secret Wars introduced the character Beyonder, who was a cosmic entity that transported several heroes and villains to a planet referred to as the Battleworld. Secret Wars II was published a year later, but in 2015, Marvel also rebooted the series.

Many characters are rumored to die in Avengers: Endgame, but the film is also seemingly the end of the Russo Brothers’ contribution to the MCU. That being said, if Marvel decides to make a Secret Wars movie, the Russo Brothers have said they would return.