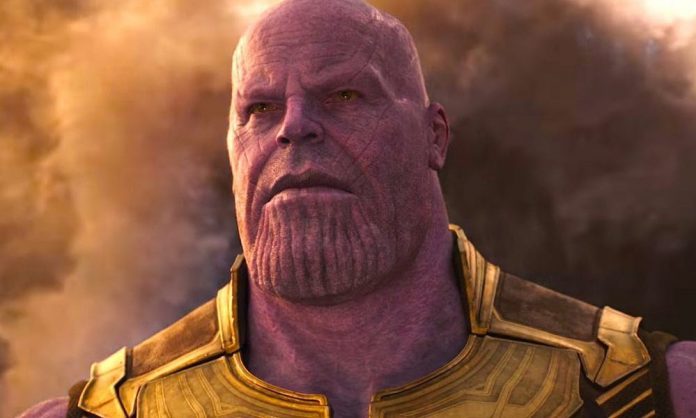 Some new concept design artwork for Avengers: Infinity War has been released online, and it reveals a very different look for Josh Brolin’s Thanos.

Thanos’ outfit went through a few different redesigns during the pre-production of Avengers: Infinity War, but a new one has been revealed on the Instagram page of Jerad Marantz, who has worked as a character designer, costume designer, and concept artist on movies such as Spider-Man: Far From Home, Black Panther, Doctor Strange, Deadpool 2, Shazam, and Batman v Superman: Dawn of Justice. Check it out below.

The unused outfit for Thanos seen above is a hooded top & pants combination with a hexagram pattern running across it, a set of cloth on his belt that resemble the tassets worn by medieval knights, a set of armor-plated boots, and the Infinity Gauntlet on his right hand. It appears that Thanos was originally going to be sporting a hood, which is a reference to several different outfits worn by Thanos in the comics, one of which is the green-hooded cloak that he wore during the time when he became a farmer and used his old suit of armor as a scarecrow.

Nonetheless, Thanos, even without his helmet here, still comes off very intimidating, which is ultimately the desired effect, and this will certainly leave fans wondering what his new look will be in Avengers: Endgame.