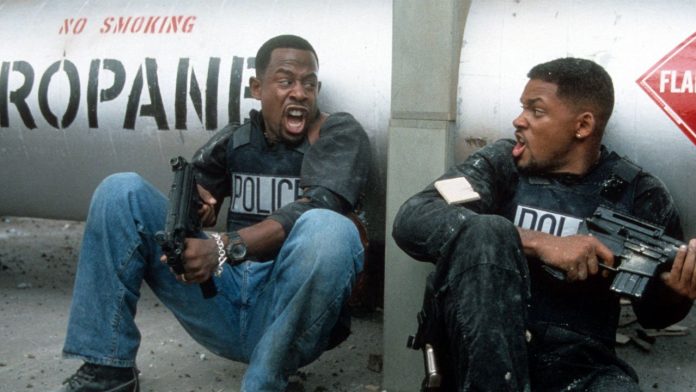 It has been almost 16 years since Will Smith and Martin Lawrence were a duo in the action-packed comedy Bad Boys II. Now that Bad Boys For Life have started production, images of the actors on set are being revealed from several sources.

New images of Will Smith and Martin Lawrence reveal the dynamic duo speeding in Atlanta on a futuristic Harley Davidson motorcycle. Detective Mike Lowrey (Will Smith) is intensely driving the motorcycle while Detective Marcus Burnett (Martin Lawrence) is in the sidecar shooting out of a mounted machine gun.

Based on the images, their facial expressions along with their intense posture and machine gun firing suggests that a hilarious gunfight will take place.

Bad Boys for Life will follow detectives Mike Lowrey and Marcus Burnett as they take down a drug lord villain described as “a cold-blooded killer with a vicious, taunting nature.”

Bad Boys For Life is scheduled to hit theaters in January 2020.

(‘Suicide Squad 2’: Idris Elba In Talks to Replace Will Smith as Deadshot)