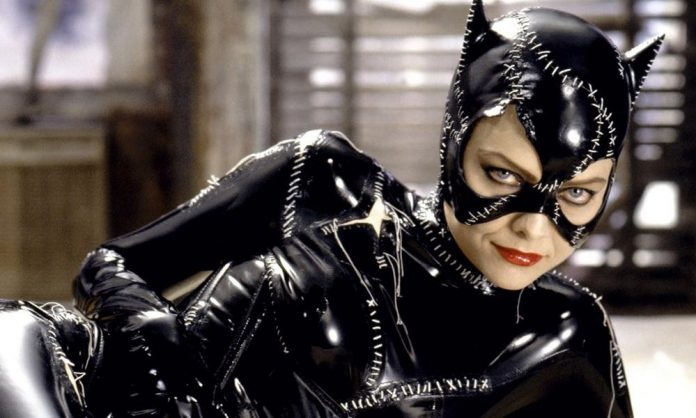 In a series of Instagram posts, Pfeiffer brought the whip out of storage and revealed to her fans that she can still effortlessly crack the weapon repeatedly with the same level of accuracy she had previously done on the big screen.

Directed by Tim Burton, Batman Returns stars Michael Keaton as the Caped Crusader, Danny DeVito as Oswald Cobblepot aka The Penguin, and Christopher Walken as Max Schreck. Keaton reprised his role from Warner Bros’ original 1989 Batman film, and Annette Benning was originally cast as Catwoman, only to be replaced by Pfeiffer, due to a pregnancy. For the femme fatale role, Pfeiffer reportedly trained extensively, and the work paid off, as she received an MTV Movie Award nomination for Most Desirable Female. Batman Returns was produced for $80 million, and ultimately earned over $266 million at the box office.

Pfeiffer has since made hers Marvel, appearing as Janet Van Dyne, the original Wasp, in last year’s Ant-Man and the Wasp, and she’s rumored to return in an unknown capacity in this month’s Avengers: Endgame.