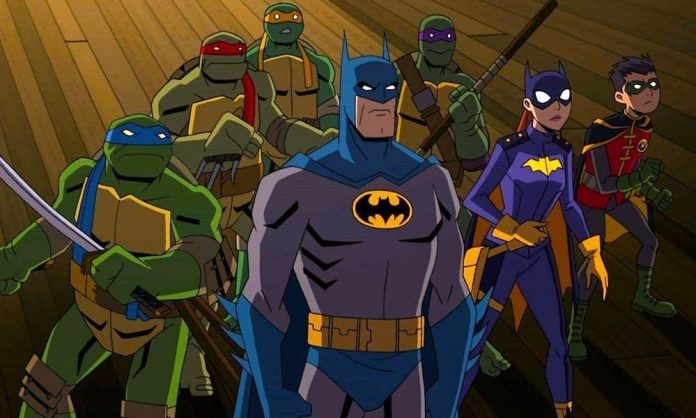 Worlds will soon collide in an animated crossover movie event called Batman vs. Teenage Mutant Ninja Turtles. This will be the first time these heroes will confront one another onscreen, having previously only interacted in the comics.

Syfy Wire broke the news on Wednesday morning that the Dark Knight and the ever-popular Heroes in a Half Shell are going to be teaming up for an epic animated crossover movie, thanks to the folks at Warner Bros. Animation and Nickelodeon. The film has no official release date, but it’s set to arrive for purchase on both DVD and digital formats sometime this spring.

Just as in the 2015 comic book storyline, a trans-dimensional portal will bring the Ninja Turtles to Gotham City leading them to help the Caped Crusader take on his iconic rogues gallery.

In addition to the announcement and first image, Syfy unveiled the all-star cast that will be participating in this spring’s crossover movie.

The film is scheduled to be released in late spring on Blu-ray, 4K UHD and Digital HD.