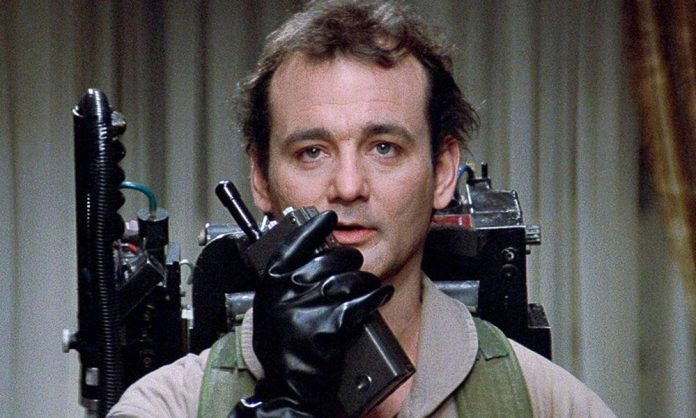 Reitman, who’s also the son of Ghostbusters 1 & 2 director Ivan Reitman, is currently working on a movie that takes place in the original Ghostbusters timeline (as opposed to the reboot’s) for a 2020 release. Speaking to IndieWire at the Cannes Film Festival – where he’s promoting Jim Jarmusch’s zombie comedy The Dead Don’t Die – Murray said he’d have no problem appearing in this new film, if asked. He went on to voice his continuing admiration for the first Ghostbusters movie’s cast:

“They’re wonderful people. Danny [Aykroyd], Ernie [Hudson], Harold [Ramis], Rick Moranis, Annie Potts – they’re some of the coolest people and they had real careers. They treat people well. They really understand what it is to be a movie actor. It’s a complete collaboration.”

In the same interview, Murray explains where he stands on the series now…

“This franchise paid for my son’s college. We made this thing. We are the caretakers of it. It’s a great thing and it was a really fun movie to make. It’s a real movie with some really funny stuff in it.”

“The relationship you have with [the cast and crew of the original Ghostbusters] as collaborators is not necessarily the relationship I have with Sony. For years, they said, ‘We can’t make another Ghostbusters because Bill Murray won’t change the deal he made in 1984.’ Well, no, I never did. And you know what? They made the movie. You’re the new guys, I’m the old guy. It was good enough for the other people so it’s going to have to be good enough for you.”

…and why he opted to appear in Paul Feig’s 2016 reboot of the franchise.

“I was in that movie just because they asked me, and I knew if I said no, I was saying I didn’t support that movie. I felt like, OK, I’m going to support them because I support them as people. So I did that one and I would do this next one.”

Bill Murray isn’t the only one of the original Ghostbusters willing to be a part of the 2020 film either. Although Harold Ramis sadly passed away in 2014, both Dan Aykroyd and Ernie Hudson have expressed excitement about the new film and presumably a willingness to participate.