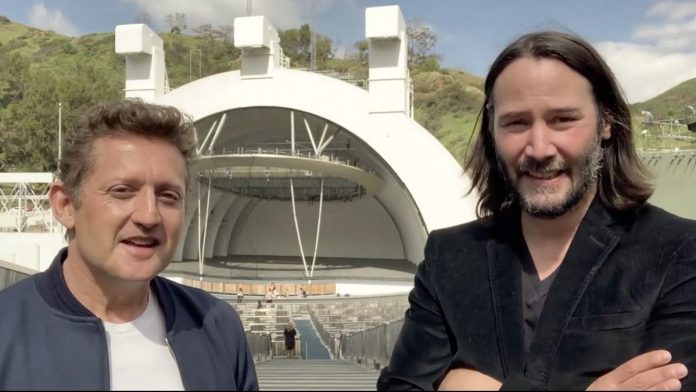 The long-awaited sequel Bill & Ted Face the Music has added Gotham’s Anthony Carrigan to the cast as the main villain.

While details on Carrigan’s character are currently being kept under wraps, the upcoming film will revisit the eponymous rockers, now middle-aged and looking to write the prophesied song that will save humanity from itself with the help of their daughters, historical figures, and music legends.

The addition of Carrigan, one of the more interesting up-and-coming actors around, to the cast of Bill & Ted Face the Music only makes the movie that much more intriguing. It will be fascinating to see what kind of villain Carrigan ends up playing opposite the ever-amiable Bill and Ted. Evidently, Carrigan’s relentless character wants to stop Bill and Ted and their kids from finding the greatest song ever written and using it to help them save the universe, which is definitely bogus.