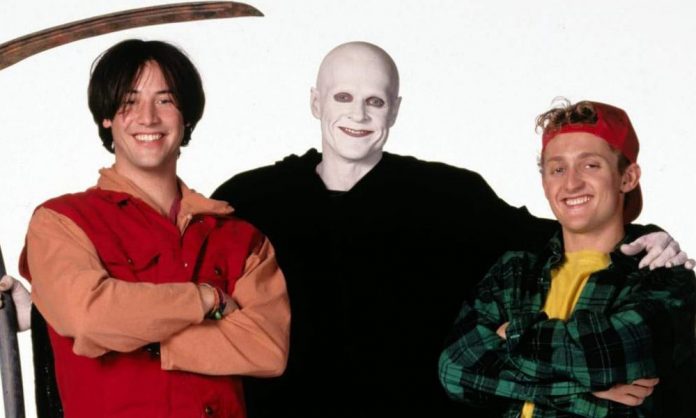 William Sadler, who played Death, will return in the long-awaited sequel Bill & Ted Face the Music, the production has confirmed.

The official Bill & Ted 3 Twitter account announced Sadler’s return as the popular character with a GIF of Death losing a game of Battleship to the eponymous duo. The sequence took place during Bogus Journey‘s homage to The Seventh Seal, where Bill and Ted beat Death in a series of board games.

In Bogus Journey, Sadler’s Death finds himself pitted against Bill and Ted in a series of board games, ultimately losing to the slacker pair and being forced to serve as their slave forever. Bill & Ted screenwriter Ed Solomon previously revealed that Death had a role in the third movie’s script, but Sadler’s involvement was not yet confirmed.

Bill & Ted Face the Music is directed by Dean Parisot, written by Chris Matheson and Ed Solomon and stars Keanu Reeves and Alex Winter. The film is slated for a summer 2020 release.