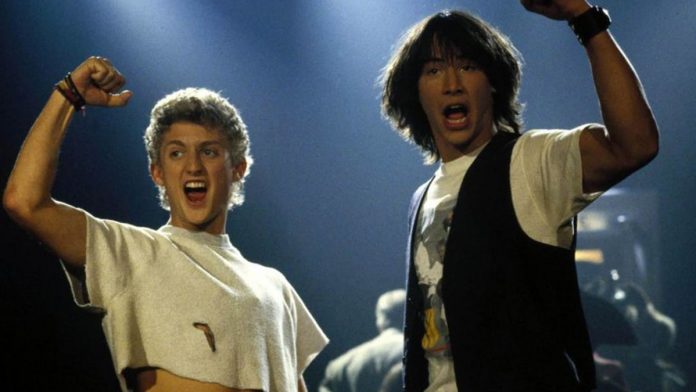 One of the movie’s writers, Ed Solomon, who also penned Bill & Ted’s Excellent Adventure and Bill & Ted’s Bogus Journey, recently took to Twitter to announce that the movie will start filming on Monday, July 1st!

Many people commented on the post, clearly excited about the news:

“I can’t wait! Also, my thoughts are with you as you enter production during a New Orleans summer,” @keithcalder replied.

“Excellent! We’re all behind you, Ed :),” @mattwagner added.

“I’m just glad it’s happening at all. Seeing all of you get to work together again feels like a win, no matter what,” @cartoonistjohnb commented.

Bill and Ted Face the Music is expected to hit theaters in 2020.