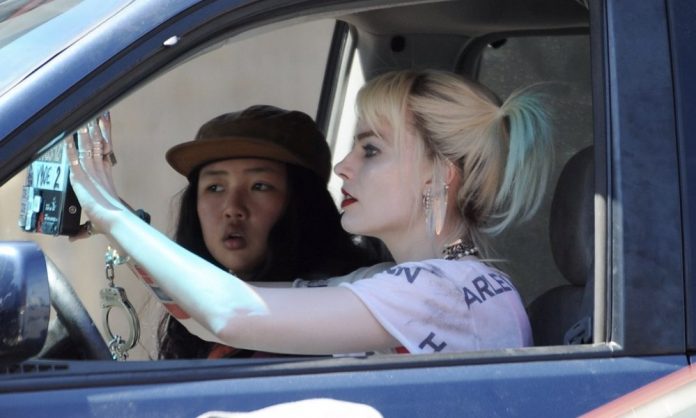 Birds of Prey continues to film around Los Angeles, and a potential new plot point showed up in some in the latest set photos.

The set photos, which you can check out below, show Harley Quinn (Margot Robbie) and Cassandra Cain (Ella Jay Basco) sitting in a parked blue car, which has several mattresses strapped to the top of it. While it’s unclear exactly what’s happening in the scene, one photo shows Robbie sporting half of a set of handcuffs on her right arm, which certainly raises a whole lot of new questions.

Birds of Prey will see Harley crossing paths with Black Canary (Jurnee Smollett-Bell), Huntress (Mary Elizabeth Winstead), and Renee Montoya (Rosie Perez), as they try to rescue Cassandra from Black Mask (Ewan McGregor), a vicious Gotham crime boss. In the process, the film will explore who Harley is as a character, after Robbie’s portrayal became a fan-favorite part of 2016’s Suicide Squad.