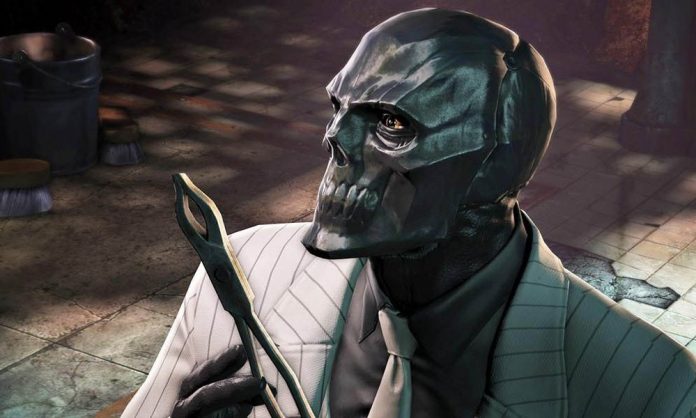 As Birds of Prey moves into its second month of principal photography, new set photos appear to offer a first glimpse at Ewan McGregor’s Black Mask in action.

Last January, the first teaser for the upcoming Birds of Prey dropped online and gave us an early glimpse at some of the main players in Harley Quinn’s next film. Ewan McGregor’s Black Mask was no exception, but while the footage served as our first look at the DCEU’s take on the popular villain, one thing that was conspicuously missing from the outfit of Roman Sionis was an actual black mask.

With that in mind, some fans have been a little nervous that Birds of Prey might forego the mask entirely for the sake of offering a more grounded take on the character, but in a new batch of set pics courtesy of the Harley Quinn Updates Twitter account, we get what appears to be our first look at the crime boss with his face covered.

Based on the set photos, it looks like McGregor’s Black Mask wears an ebony mask covering the top half of his face, not unlike Kato from Green Hornet.

While the image is a little on the blurry side, the photo seems to show Black Mask living up to his name as he sits next to Cassandra Cain at the back of a car and points his gun in the general direction of Harley Quinn. Another image looks to be taken from the same scene, but with McGregor now mask free.

Beyond that, the set pics offer a few more shots of Harley in a shiny new outfit, complete with rollerblades, while another photo provides a dimly lit glimpse of the film’s titular team. From what we’ve heard so far, the movie will see Margot Robbie’s character working with the likes of Black Canary, Huntress and Renee Montoya in an effort to free Cassandra from the clutches of Black Mask, and going by these images, the gang is currently in the process of launching a rescue operation.

Whether or not the character makes like his comic book counterpart and undergoes a more permanent, gruesome transformation later in the film has yet to be seen.