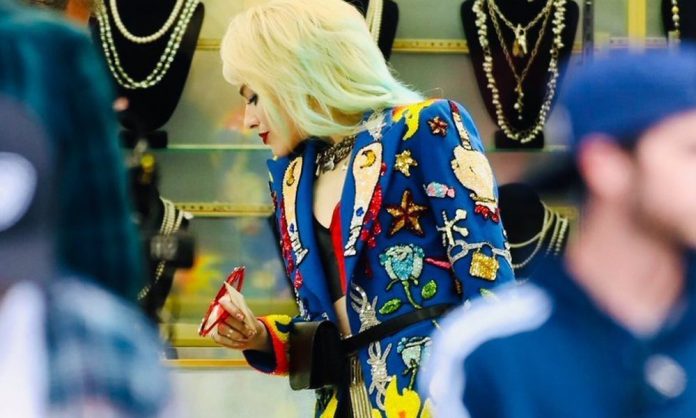 Posted by bopupdates on Twitter, photos show Margot Robbie on set as Harley Quinn wearing an ’80s-inspired blue blazer, adorned with raised middle fingers, diamond roses and the character’s signature baseball bat. The look is accented with sparkly, gold pants and a black halter top. Harley also sports a dog collar, as seen in earlier promotional material for the film.

Not much is known about the leaked scene itself but Harley appears to be visiting a jewelry store.