Home Movie News Michael B. Jordan Rumored To Be In “Black Panther 2” 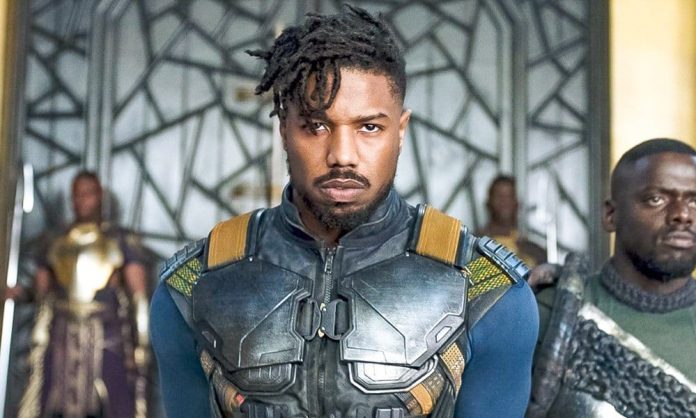 Black Panther star Angela Bassett may have teased the return of Erik Killmonger, played by Michael B. Jordan, during a 2019 SAG Awards red carpet interview, which could be huge for the sequel if it’s correct. Considering this early hype for Black Panther 2 and the film’s exciting momentum this awards season, with nomination for Best Picture at the 2019 Oscars, it’s only logical that fans are wondering what’s next for Black Panther and its characters – especially Killmonger.

While speaking with Entertainment Tonight on the red carpet at the SAG Awards, Bassett was asked if the rest of the original cast would be coming back for the sequel. To this, Bassett replied, “I would assume so,” before her husband and date for the evening, actor Courtney B. Vance, broke in to spill the beans: “Yes, just go ahead and say it, yes! Everyone will be there, including Michael B.” Bassett didn’t outright confirm Vance’s claim but reminded ET that viewers never see Killmonger go into the ocean, as he requested while he was dying following his fight with T’Challa at the end of Black Panther.

In the final moments of Black Panther, T’Challa suggested Wakanda’s advanced technology could be used to heal Killmonger, who had been impaled by a blade.

“Why? So you can just lock me up? Nah,” the dying Killmonger said. “Just bury me in the ocean, with my ancestors that jumped from ships… because they knew death was better than bondage.” Overlooking a Wakandan sunset, Killmonger removed the weapon, slumped over and died.

The Black Panther sequel could be the mystery Marvel movie dated for a February 12, 2021 release. Marvel Studios has yet to officially announce the project due to secrecy surrounding Avengers: Endgame, out April 26.