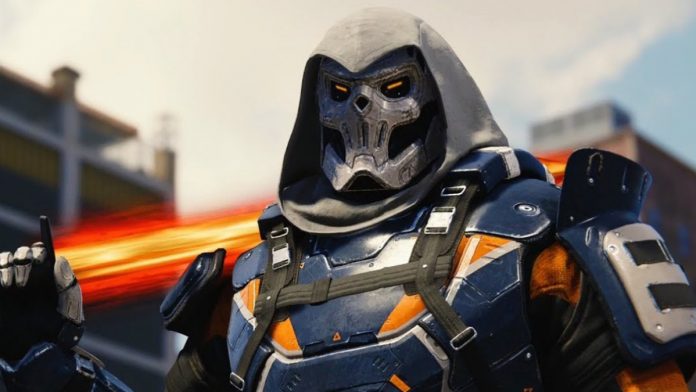 New images from the set of Black Widow offers fans a better look at a new character believed to be the villain Taskmaster.

The Scarlett Johansson-led movie is currently in the midst of shooting, and plenty of set photos have already surfaced online. In fact, on Wednesday, set photos revealed our first look at a mysterious, masked character. Now, new images of the mystery character have been released, and they tease a pretty big confrontation between the Black Widow and this new enemy believed to be Taskmaster.

Shared on Twitter by Thomas Polito is a new set photo from Black Widow with who appears to be Taskmaster who is reportedly played by O-T Fagbenle. Given the angle of the image, fans can have a better look at the upper part of Taskmaster’s costume in the MCU, including his headpiece. Check out the image below:

It’s important to note, however, that while the tweets call the villain Taskmaster, there has been no official confirmation by Marvel that this is actually the character who appears in these photos.

Black Widow stars Scarlett Johansson and is rumored release on May 1, 2020.

Doctor Strange 2 Set For 2020 Release Along With Black Widow