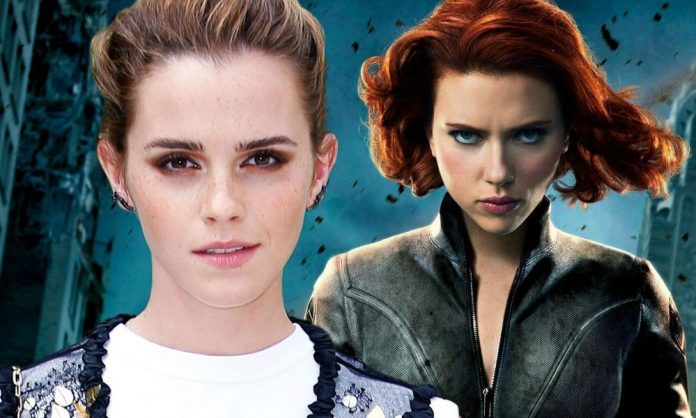 Marvel Studios is looking for cast members to join Scarlett Johansson in Black Widow and Emma Watson is reportedly a front runner for the other female lead.

Character breakdowns that surfaced in November described the character as a “kickass female [James Bond]” who is expected to participate in a lot of the film’s action sequences.

Other actors purportedly in consideration for the role include Alice Englert (Beautiful Creatures), Dar Zuzovsky (Hostages) and Florence Pugh (Fighting with My Family), with Englert and Zuzovsky said to have already auditioned.

Natasha Romanoff has been a character that many want to see more of from the Marvel Cinematic Universe ever since Johansson debuted in Iron Man 2. After several supporting roles and her uncertain fate with Avengers: Endgame, Marvel is finally gearing up to give her a solo movie.

If Watson is able to retain her spot as the front runner for the role, it would be a move into a true action role for the first time in her career, which would be exciting to see. But, just because she is the reported top choice right now, there is no guarantee that this will stay or that she’ll accept the role. With filming set to begin this summer, it hopefully won’t be too long before casting decisions are announced. Of course, any and all news on Black Widow and the rest of Phase 4 will be unofficial until Marvel Studios makes announcements about their future, which won’t come until after Endgameand Spider-Man: Far From Home hit theaters.