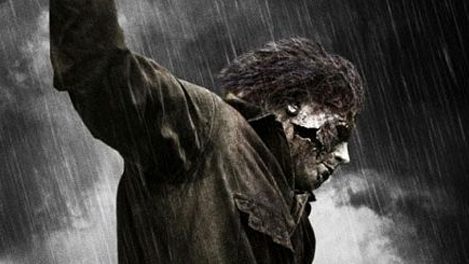 Blumhouse’s Halloween is gearing up for a sequel that will be released in October 2020.

Collider is reporting that Blumhouse intends to start filming Halloween 2 by Labor Day, with a release date target of October 16, 2020 (which Universal currently has staked out for an untitled Blumhouse movie). The site says that filmmaker David Gordon Green may also return as a writer and director – as has long been expected – and that Jamie Lee Curtis will once again play Laurie Strode in the followup. Curtis only just had a meeting with Blumhouse head Jason Blum less than two weeks ago, so it’s not hard to believe that she’s already ready and willing to do battle with Michael Myers on the big screen once more.

Halloween (2018) teased a sequel in its final scene, which showed Laurie and her daughter Karen (Judy Greer) and granddaughter Allyson (Andi Matichak) fleeing the burning wreckage of Laurie’s heavily fortified house… only to reveal a shot of its empty basement, as a way of hinting that Michael had (somehow) managed to escape the trap that Laurie set for him down there.

Longtime franchise caretaker Malek Akkad will produce alongside Blum and Bill Block, and Danny McBride will likely return to executive produce alongside Green, Curtis, original Halloween director John Carpenter, and Blumhouse’s Couper Samuelson, among others. Stay tuned for an official announcement later this summer, but at this point, it’s safe to say that we haven’t seen the last of Michael Myers.