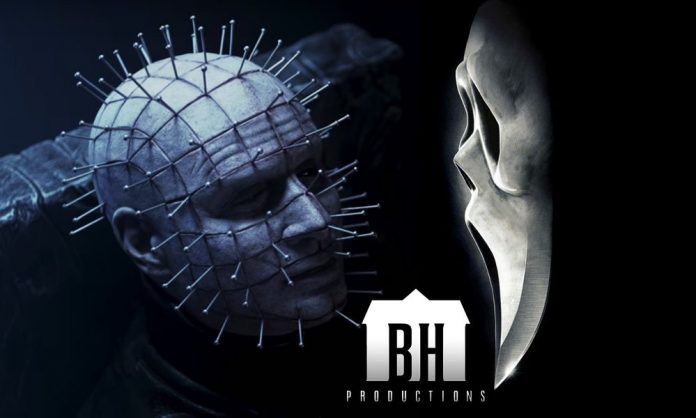 CinemaBlend spoke with Miramax CEO Bill Block this past Fall on the idea of reviving these two movies, to which he replied:

Not much had been heard on the potential of these two films since, but Jason Blum of Blumhouse Productions is still giving us a small bit of hope to hold on to.

Sitting down with CinemaBlend he added, “Yes, we definitely have [discussed it]. We’re looking – there’s nothing happening with either one of those things – but we’re definitely looking at it, and it’s definitely something I’d be open to.”

This isn’t the first time that Blum has touched on the possibility of working on a Scream movie, telling Forbes in September that he’d like to tackle the series, but there are still “business obstacles to cross.” To put things into perspective, the producer also mentioned that the Halloween reboot “was in the works with us for four or five years before it evolved.”

If Blumhouse does eventually find a way to make a new Hellraiser movie, it would probably be the exact thing that formerly celebrated franchise needs. Hellraiser – and its lead villain, the Cenobite known as Pinhead – have been residing in direct-to-video purgatory since 2000’s Hellraiser: Inferno. The two most recent installments – 2011’s Hellraiser: Revelations and 2018’s Hellraiser: Judgment – were even more low-budget than prior entries, and saw genre icon Doug Bradley decline to reprise his signature role. Various versions of a Hellraiser remake/reboot have been stuck in development hell for years, including one written by creator Clive Barker himself. Blumhouse could finally manage to rescue Hellraiser from its own perdition.

As for Scream, more than one cast member has said they would be up for reprising their classic roles in a Scream 5, but it also seems to be a fairly unanimous sentiment that such a sequel just wouldn’t be the same without the now deceased Wes Craven at the helm. Thus, if Blumhouse really does eventually want to bring Scream back to theaters, it would probably be best to completely reboot the continuity and craft a new murder mystery in the same vein. Scream’s most recent incarnation was an MTV TV series that ignored the original films, so such a move wouldn’t be without precedent.