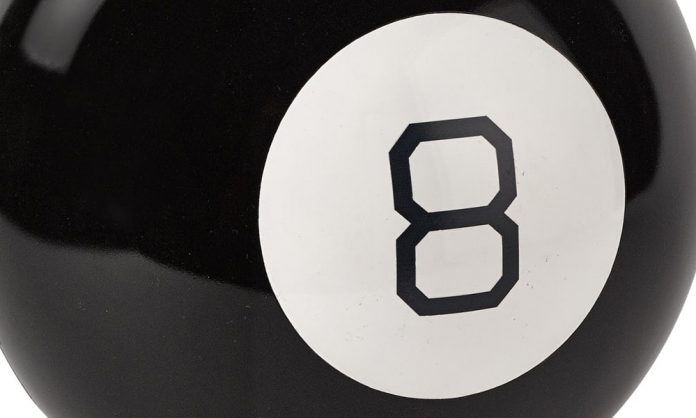 Blumhouse is going to make the Magic 8 Ball movie after coming to a deal with Mattel Films.

The studios announced today that they have recruited Truth or Dare director Jeff Wadlow to write and direct a film about Mattel’s fortune-telling Magic 8-Ball toy.

Wadlow will be joined by his collaborators Jillian Jacobs and Chris Roach in penning the script, reports Deadline. The three share writing credits for Truth or Dare along with Michael Reisz. The three are also working together to write the upcoming Fantasy Island movie reboot, which Wadlow is set to direct.

A horror-tinged take on the Magic 8 Ball toy is right up Blumhouse’s alley, and should make this a great pairing that will rely on a simple story and scares to be effective. This won’t be Blumhouse’s first foray into killer games either, as they produced a deadly version of Truth or Dare last year. The low-budget horror film made $95 million worldwide on a tiny budget, and was also directed by Wadlow, so he could be a seamless fit with the magical ball.

Released by Mattel in 1950 and invented by Albert Carter and Abe Bookman, the Magic 8-Ball is a fortune-telling toy in the shape of an 8-ball, as seen in billiards play. The ball is hollow, containing liquid and a 20-sided die with ambiguous answers written on it, such as “Outlook good,” Don’t count on it” and the iconic “Reply hazy, try again.”

Tony Todd Confirms He Will Appear in Jordan Peele’s Candyman