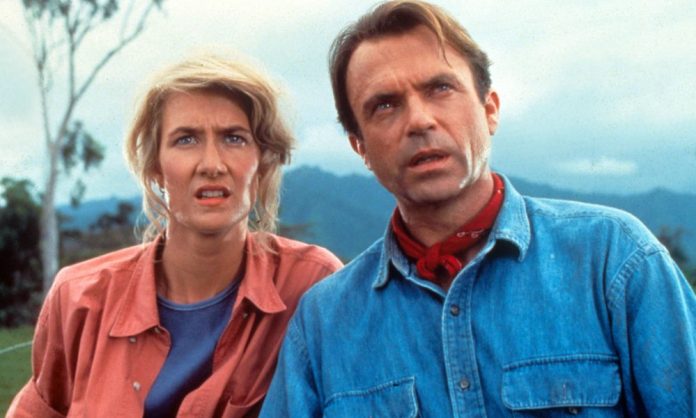 It looks like Jurassic World 3 is sparing no expense in recruiting stars from the original Jurassic Park back to offer some expert dino-consultancy.

While speaking with MTV News, Jurassic World star Bryce Dallas Howard said that she would be excited about working with the Jurassic Park veterans in the still-untitled Jurassic World 3.

“Yes, very much so. If that happens, I don’t know,” Howard exclaimed. “I don’t know what’s been confirmed or whatever, but I’ll blink if it’s happening and maybe…”

It’s not an official announcement that the original cast is returning, but it should be enough to get the speculation engines turning. Fans have long been wailing for the appearance of the original cast members, and while Goldblum’s role in Jurassic World: Fallen Kingdom was entertaining, it left a lot to be desired.

While Jurassic World III director Colin Trevorrow has previously discussed the possibility of seeing those characters again, they would return to a very different world.

Directed by Colin Trevorrow, Jurassic World 3, starring Bryce Dallas Howard and Chris Pratt, is set to be released on June 11, 2021.