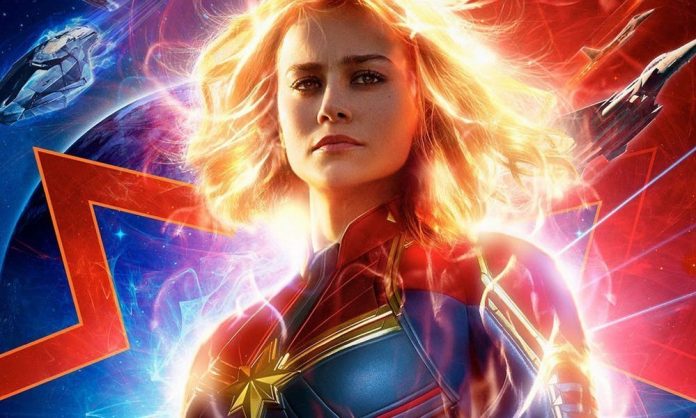 Marvel Studios head Kevin Feige thinks Captain Marvel may have a bright future ahead of her in the Marvel Cinematic Universe.

Speaking to Screen Rant, the MCU boss teased a “pretty amazing” future. Set in 1995, Captain Marvel establishes the origin story of Brie Larson’s Carol Danvers, an American Air Force pilot who ends up receiving superhuman strength and becomes a member of Starforce, an intergalactic military unit associated with the Kree.

“The making of a first film is in some ways a brainstorm on the future and on what can be,” Feige said. “So what it will be again is not clear. But what it could be is pretty amazing.”

“I don’t know how it’s any different. To be honest, I don’t want it to feel different,” Larson explained. “I’m kind of over the ‘First female blah blah blah,’ and ‘Wow, maybe women can actually do the same things that dudes can do – what a crazy concept!’ I feel like the more we talk about it, the more we perpetuate the myth that it’s an impossible task. No, if it wasn’t like that before, it’s because it was wrong. That was just wrong. Now we’re just doing what’s natural.

“It’ll be what it is, and I think there’s gonna be lot there for people to digest and feel,” she continued. “And hopefully it’ll be the movie that you want to revisit again and again, and as life goes on, it’ll have more to it. I just want to make art that lasts. I want to make art that you grow with. That’s all.”

For context, Captain Marvel takes place before the Guardians of the Galaxy, but doesn’t set up that plot. As for Larson’s protagonist, she won’t have a chronological arc in the MCU, which allows the studio to incorporate her into future films (after all, Captain Marvel can apparently time travel). Last January, we confirmed that Larson’s character will end up leading the Avengers moving forward, which is no doubt a sign of confidence for both the character and the film. However, after Captain Marvel’s release, the next priorities will be Avengers: Endgame and Spider-Man: Far From Home, the latter of which marks the beginning of MCU’s Phase 4.